How can calling out unacceptable behavior help HR leaders avoid an organisational crisis? 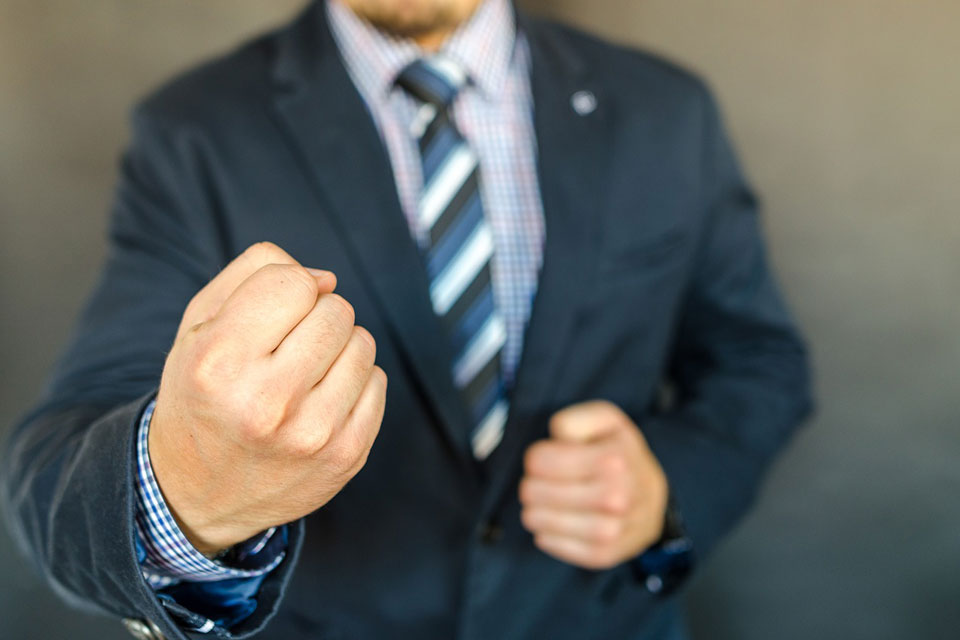 Sexual harassment and fake news scandals seem almost to be everyday news lately, thanks to greater public awareness and less willingness from those in charge to turn a blind eye. While these big people issues are still mercifully rare, they can be devastating for all involved. So what can HR leaders do to prevent an organisational crisis?

Getting people to change long-entrenched views and procedures can be really tough, particularly if there’s not currently a crisis to deal with. However, the best time to start planning for a major crisis is long before it happens. That’s why we advocate taking a proactive approach to changing organisational culture, creating an environment where people feel comfortable and supported when they challenge inappropriate behaviour.

At a recent client summit, we decided to gather opinions from HR leaders on this very subject, and they talked frankly about what they think needs to be done to improve company culture, and the role HR teams need to play in calling things out.

What happens in our organisations right now?

Recent high-profile cases such as the Oxfam sex abuse scandal have shown that what seem to be isolated incidents at first can be the first signs of a much wider problem, and HR teams and business leaders have traditionally been slow to act. Taking that one step further though, it was also felt that if organisations only make changes when a problem has happened, it’s already too late. Proactive change is what’s needed.

An HR leader from the technology sector had a view that was shared by others: “Until something significant happens — and maybe it’s just human nature — it’s difficult to get momentum behind internal or external observations. Maybe we should be talking about how we create a culture where these observations can be debated.”

One head of talent & organisational development from an engineering firm also had an interesting take. He explained: “HR has a role to play in avoiding the silence that can exist. We are the eyes and ears of the organisation, so HR should have the courage to tackle problems head on, and go after the seemingly small changes and improvements that, over time, will make a difference.”

Connor consultant Carrie Birmingham has experience of leading an organisation through a crisis and summarised the views shared on the day: “There was a big theme of ‘being heard’ around the table. There was a general agreement that when inappropriate behaviour was flagged up, it wasn’t necessarily discussed, let alone acted upon.”

But are organisations resilient enough to act on bad behaviour?

Confronting problematic behaviour is tough — there’s a strong temptation to take the path of least resistance, which might involve procrastinating, denying or deflecting. This route never ends well, though — victims remain unsupported and toxic behaviour is reinforced, not to mention the potential damage to your business.

One attendee described how important it is to drive thoughtful culture change by: “Trying to get employees to step up and be accountable, and not frightened to make decisions and be innovative and disruptive.”

But how do you help people take that first step?

The head of HR for a law firm shared what her organisation was doing: “We encourage people to talk to people and not leave things to the review. We want them to give developmental feedback in the moment and train people, so they can do their jobs with confidence and coach people effectively. These are all sensible things we hold on to.”

The HR leaders we spoke to have a pragmatic view when it comes to resilience. They agreed it was about doing simple, established things that worked. If your organisation is turning a blind eye to the inappropriate actions of others, don’t expect an overnight culture shift where everyone raises the alarm. There was a consensus that resilience doesn’t just happen — you need to work at it over time.

What role should HR play in helping to call out inappropriate behaviour?

The first thing the discussion established was that HR must look after the interests of the employee and employer. As one HR leader confirmed: “HR is always in the middle.” Unsurprisingly, a hot topic of discussion was the fact that HR leaders do spend a lot of time thinking, “What’s my place in all this?”

One key outcome of this discussion was the notion that HR teams need to judge what is and isn’t a crisis. One HR leader explained: “HR’s role is to help managers keep perspective and ask, ‘How important is this?’ and, ‘Is this a drama?’ You need to show up in the right way.”

There was also a sense from some in the room that certain employees, particularly long-tenure ones, can have a sense of entitlement, which can make them feel like something is a crisis when it really isn’t. Two HR leaders had faced angry questions from their employees following a change in tax legislation that had an impact on pensions. While this may have been a crisis to the employees, it wasn’t something that was the organisation’s fault. When emotions are high, HR need to step back, listen and form a considered view as to whether people are being treated fairly or not.

Finally, there was a strong consensus that HR walked a fine line between being the whistleblower but not being seen by the rest of the leadership team, as one HR leader put it, “As a pain in the arse.” That naturally leads HR to ask themselves: “How do I find the middle ground?” and “How hard should I push?”

Clearly, building a workplace where employees feel safe, valued and supported is your number-one priority, from an ethical standpoint if nothing else — that’s so important, we almost hesitate to speak of the business benefits. It is worth remembering though, that getting this right will also enhance your status as an employer, and that brings all kinds of downstream advantages to your organisation.

About the Author:- Kim Foster joined Connor in 2016 as the People Development Practice Manager, where she was responsible for the day-to-day running of the practice. She is also a consultant and accredited VoicePrint coach, designing and delivering high-value development interventions for organisations, teams and individuals. Kim is an active member of the CIPD and holds a post-graduate diploma in HR management. She has a strong generalist HR background and has worked in large corporate organisations, including Home Retail Group.

Image by Goumbik from Pixabay