Four in 10 ‘close to breaking point’ at work 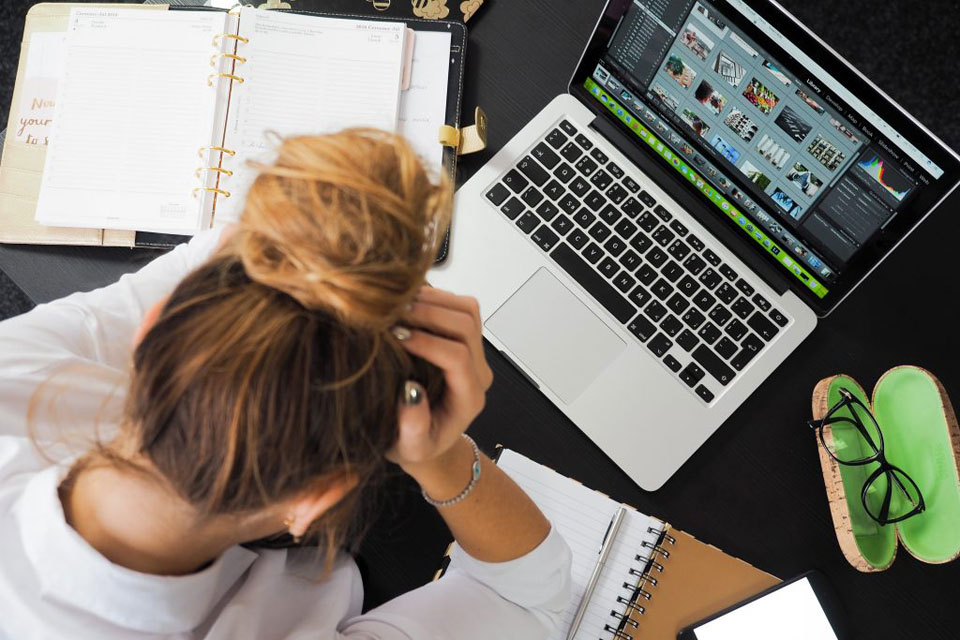 The average working adult feels stressed for almost a third of their entire working day, while five hours of sleep will be lost every week because of the pressures faced in their job.

That’s according to research polling 2,000 professionals, which also found checking work emails after hours, last-minute deadlines, having to do a speech or presentation and an overly demanding manager were named as some of the biggest causes of workplace stress.

It also emerged that in the average week, employees will complain about their boss for 31 minutes and their job in general for another two hours and 45 minutes.

“A level of pressure can actually make us work better, however too much pressure that rises to an unmanageable level leads to stress.

“The working public needs to know how to manage their pressure to avoid reaching boiling point.

“Some people cope by blowing off steam through physical activity like the gym or going for a run, while for some things like breathing exercises can help.

“Everyone will have a tactic that they find works better to help them release the pressure.

“Unfortunately, in many cases we don’t introduce these decompressing moments in our lives which can help release the pressure and reduce stress.

“Finding ways to manage your stress is essential, it is also worth addressing the root causes of your stress to try to manage the source rather than just treat the symptoms.”

The study also found seven in 10 adults have vented about their workplace to a colleague, partner, family member or friend.

Although 46 per cent of those who have felt stressed at work didn’t end up doing anything about it, hoping the problem would go away on its own.

It also emerged three in 10 respondents have been pushed to the point of tears and a worrying one in five have turned to alcohol to try and mask their issues.

When stress became too much, 31 per cent have called in sick, while 14 per cent used their own children as an excuse to avoid the office.

But six in 10 feel better once they complain or vent about their workplace if their stress levels get too high.

Unsurprisingly, Monday was found to be the day Brits are most likely to experience workplace stress – with Thursdays generally the least stressful day of the week.

Nearly three in five respondents, surveyed via OnePoll, even get stressed when they go on holiday as they worry about organising a handover and what they’ll miss during their break.

The findings have been published ahead of CABA’s ‘Drop the pressure’ campaign (https://www.caba.org.uk/drop-the-pressure), which aims to highlight and tackle levels of stress primarily among millennial accountants.

As part of the campaign, CABA will install a pop-up venting booth, called The Venting Machine, in Canary Wharf – the heart of London’s financial district in the coming weeks.