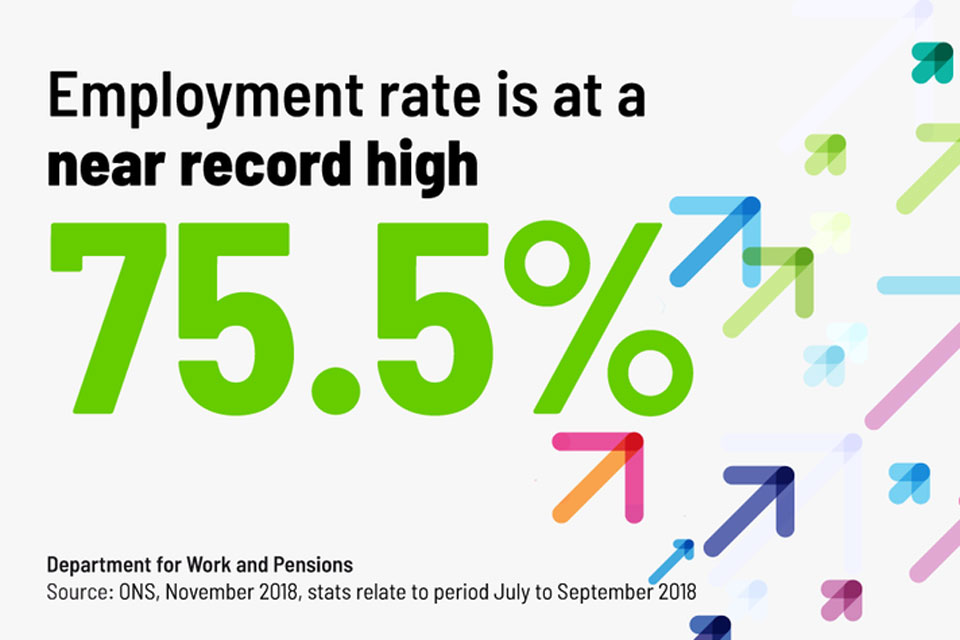 There are now 32.48 million people in work in the UK, more than ever before, according to new data from the Office for National Statistics (ONS).

The figures also show real wages are up for the ninth month in a row, with regular pay up 3.3% on the year – its fastest growth in almost a decade.

While the youth unemployment rate has almost halved since 2010, with female employment at a near record high of 71.2%.

Unsurprisingly, the Minister of State for Employment Alok Sharma was keen to stress the importance of the data in the context of the containing Brexit malaise, saying: “[The] statistics show the enduring strength of our jobs market, with wages outpacing inflation for the ninth month in a row and employment at a record high.

“This is benefitting people across the country, with almost 400,000 more people in work in the last year. Putting more money in the pockets of working families, and showing the UK remains a great place to invest and do business.”

Ho hum. Regardless, over 3.3 million more people have entered work since 2010, meaning an average of 1,000 more people in work every day. Sectors across the economy seem to be benefiting, with 23,000 more manufacturing jobs in the last year and 22,000 more jobs in the hospitality sector.

The statistics also reveal three quarters of jobs created since 2010 are full time, permanent roles that are in higher skilled occupations, which typically bring higher earnings.