High-Performing Teams – Are they a utopia? 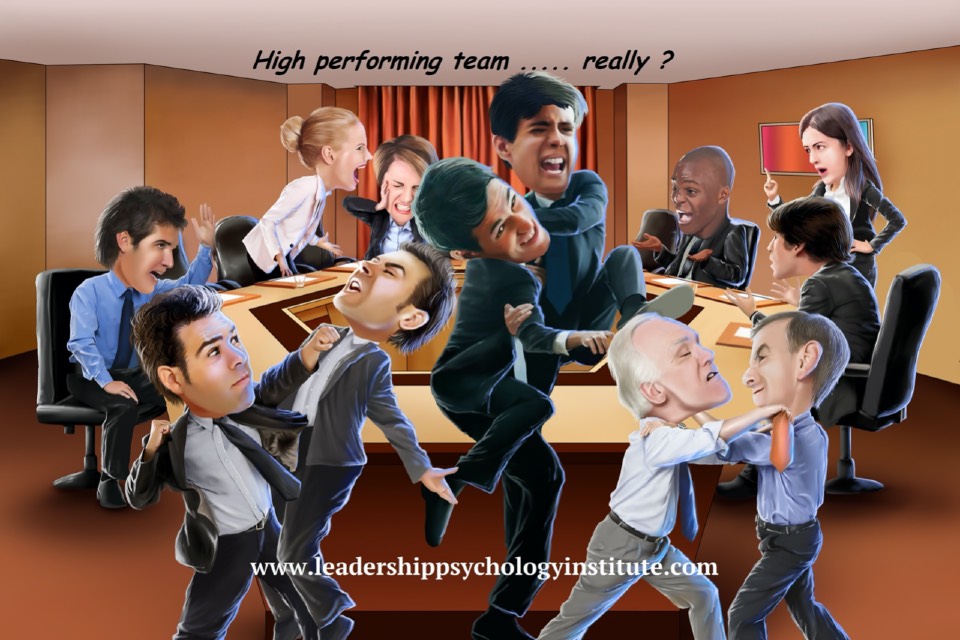 By the Leadership Psychology Institute

To how many of the following statements, is your answer YES without the slightest hesitation?

If you answered NO… welcome to the realities of how most teams operate!

Imagine the following: You are invited into one of the standard meetings of your company or department and you know beforehand who the participants will be. So, you already KNOW who is going to probably dominate the discussion, who is going to be challenging the ideas, and who may not say a single word. Don’t you? THIS on its own tells us that human beings have consistent behavioural patterns.

For a very long time we have been searching for a methodology to help executives uncover group dynamics and behavioural patterns that were not useful to them. Specifically, we were looking for a model that would go deep enough, and that at the same time would provide us, with a language that would make sense and most importantly that it would produce tangible results in terms of changing behaviours and transforming a group of people into a high-performing team. And we found it. Many years ago we came across a model and we embarked on applying it as well as researching it and testing it with intact teams, including Top Management Teams. And it worked. We even have scientific laboratory results that it can increase Trust in a team dramatically.

We were fascinated by the results for several reasons. First, we realised how user-friendly the audience found it. One CEO in our initial appointment said: “I don’t understand this psychobabble but I KNOW that the organisation needs this, so do what you have to do with them”. When we briefed him on the process and he agreed to go ahead, he admitted he did not expect the team to react in this productive way and to have these positive results. This was a case where the CEO was new, and the team had stayed without a CEO for quite some time after many years under an authoritarian leader.

Another case where we recently used this model was to bridge the working relationship between two departments in a pharmaceutical company, that, instead of working WITH each other, they seemed to enter into an automatic position of battling against each other, losing sight and focus of their common purpose and goals. We created the conditions that allowed them to speak the unspoken, articulate their hidden expectations and assumptions, and find the path of their higher purpose beyond their differences.

We believe in a healthy dialogue where groups can articulate what is happening in their minds, adjust their behaviours in a group setting, and have powerful and productive conversations. Often, groups for various reasons have the illusion they have communicated, when they have not, and the model provides the context that challenges whatever may be taking place within a group and leads participants into a path of true transformation. So, for you as leader of a group or team, this is a methodology that will help you unlock true group and organisational potential.