Chancellor: ‘Grandparents don’t have to choose between work and grandchildren…’ 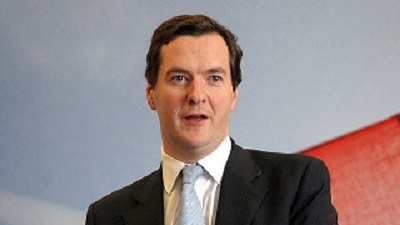 The Chancellor, George Osborne, announced at the recent Conservative Party Conference over the weekend that the government is to introduce paid grandparental leave.

At the conference, Osborne highlighted how important it is that working grandparents are able to receive paid leave to help take care of their grandchildren. In a tweet to his 142,000 followers, he said: “Grandparents shouldn’t have to choose between helping with new grandchild and staying in work. So we’ll introduce grandparental leave.”

The announcement follows the implementation of shared parental leave earlier this year, which entitles working parents to share up to 52 weeks of leave, after the birth or adoption of a child.

Chancellor George Osborne told The Mail on Sunday that the move would help families keep down the cost of childcare. “More than half of mothers rely on grandparents for childcare when they first return to work after having a baby,” said Osborne. “In many families, grandparents play a central role in caring for their grandchildren and helping to keep down the costs of childcare.

The Government has said it aims to implement the policy by 2018, consulting on the details in the first half of next year.

All stories by: mattd